Social media companies are experiencing a significant shift in the original vision they had in mind for their user experience recently. Within the past 6 months:

It is no coincidence that the long-standing social media giants have finally decided to change their user experience in consuming content.

Although Facebook and Twitter are eager to implement the successful features of other platforms into their own, the industry has learned how changing the way users experience their content can be a detriment to the functionality and success of the app itself.

Back in February 2018, Snapchat decided to revamp their user experience in an attempt to make it easier for their users to consume their content while also solving their monetization problem. Snapchat's update came at a pivotal point in 2018, when their closest competitor, Instagram, was in the process of making their “Stories” update live. This update gave Instagram the edge it needed to attract the users dissatisfied with Snapchat's new user experience. The result was a drop in 5 million daily active users. It took Snapchat more than a year to get back to the number of daily active users it had before the February 2018 update.

So why take the risk? Out of fear of repeating Snapchat's decline in users post-update, Instagram quickly rolled back its own changes upon the initial negative feedback. Instagram was not confident in its user retention after their reworked user experience was live. On the other hand, Twitter was utterly confident and Facebook seems dedicated to their update. 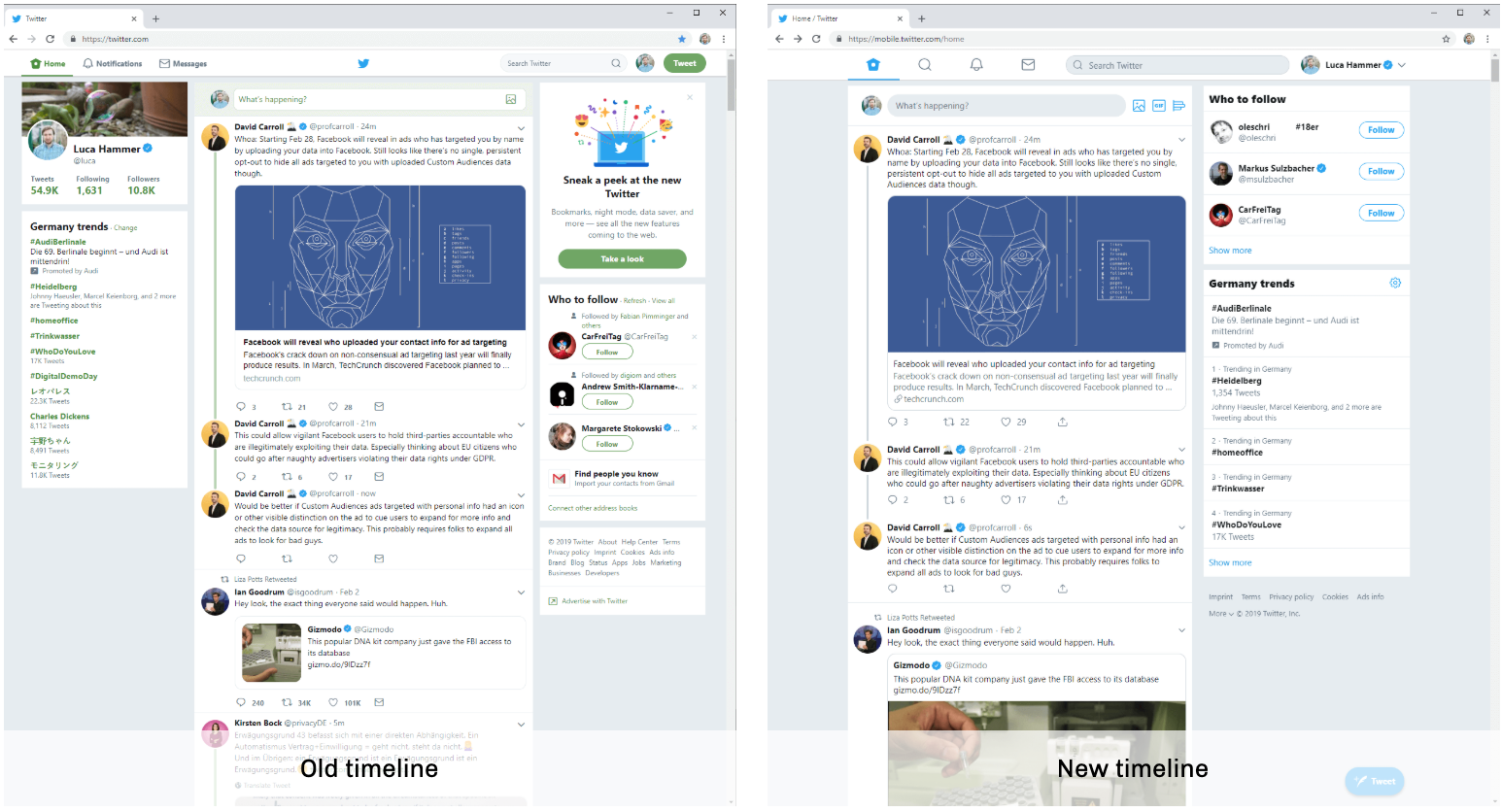 The apparent reason for Twitter's confidence is that its vast majority of users are on mobile. Twitter's redesigned desktop experience, though consistent with Web Design's current trend towards mobile-first, falls into the same problems that adhering to a mobile-first design would create. Twitter does an excellent job of presenting its main content in the main feed, but leaves the rest of the screen unbalanced. Accessing and editing your profile is also too many clicks away now. What used to be a simple click on your username that led you straight to your profile is now a click that opens a drawer that has an option to take you to your profile. And to add further insult to injury, that drawer repeats many of the already available menu options from the always present left sidebar.

The new menu is a drawer seemingly following Material Design principles, but without justifying the functionality. Twitter was not able to implement enough functionality into its sidebar without having it look unbalanced. Seeing the menu leads one to believe they designed mobile first without enriching the desktop design with useful full-screen features. Yet, Twitter will not feel the same consequences Snapchat did due to its mobile website and native apps performing so well. The functionality of the Twitter feed is preserved on mobile, which is really all the platform needs to be successful. Twitter may not be aesthetically pleasing or perform well on desktop, but their UX designers realized that what will keep them competitive and lucrative is their mobile experience. 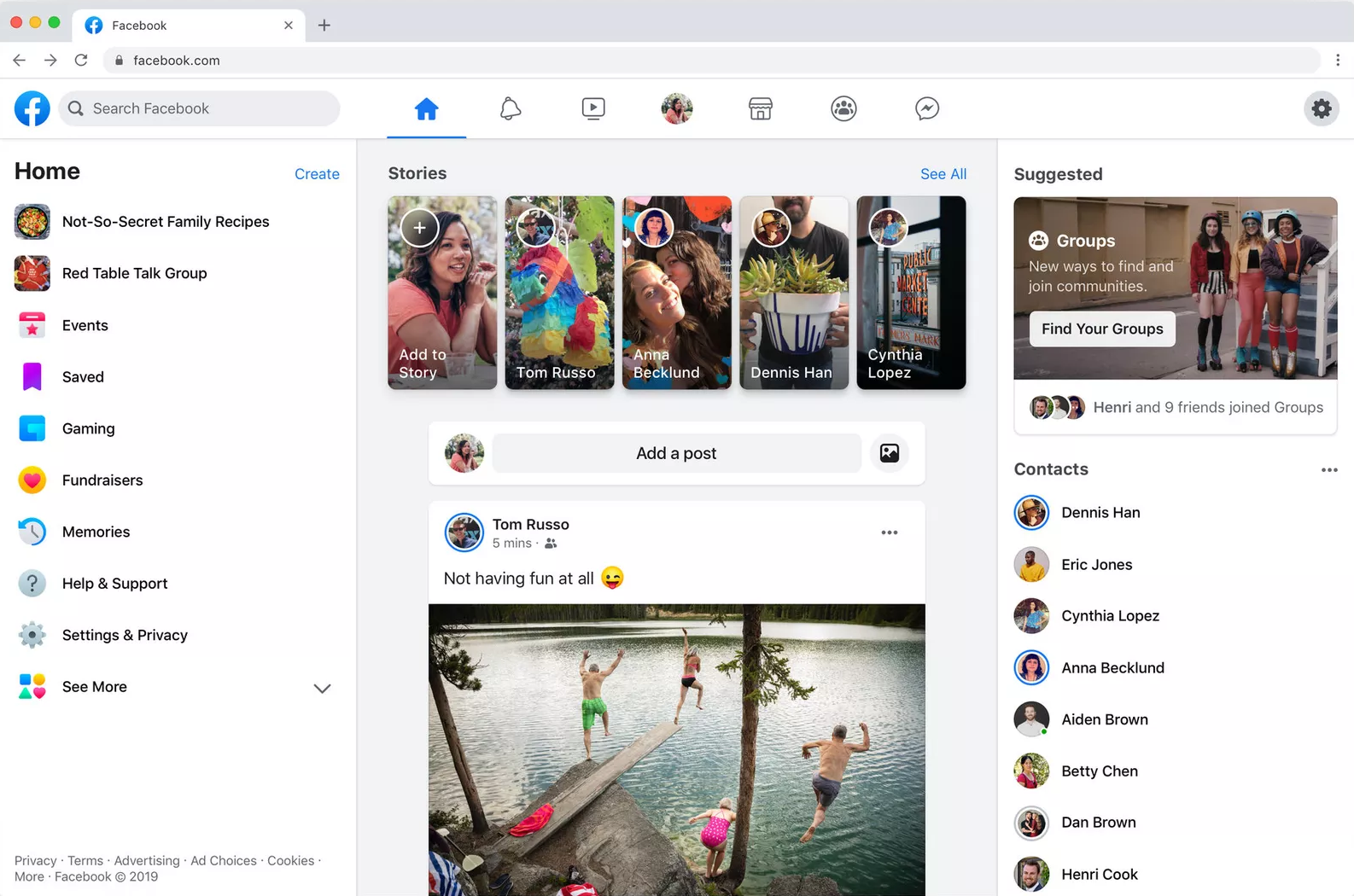 Facebook will soon release its redesign, with a special emphasis on what their users actually use. Facebook Groups will be front and center, with their cross-platform stories feature being displayed prominently in the middle of the screen on both mobile and desktop. Unlike Twitter, Facebook is seemingly going to take advantage of the extra space available on wider screens, making desktop an expansion of what their mobile redesign is already accomplishing.

Facebook has also decided to split their feeds on mobile into 3 groups: the regular feed, a dedicated feed to videos (which was previously hidden in a hamburger menu), and a dedicated feed to Facebook Group posts. This same area on desktop includes links to Facebook Marketplace and a link to the separate Facebook Messenger website. Facebook understood that its Messenger product is rich and full of enough features to make it its own application and website years ago. This redesign aims at unifying the look and feel of Facebook with its three leading apps: Facebook, Messenger, and Instagram. If users are open to the coming changes to Facebook, then Facebook will have finally achieved a unified look consistent with Instagram and Messenger.

Unlike Twitter, who decided to change their user experience knowing that it would not majorly impact their user base, Facebook is proceeding with their changes because they believe it will enrich the experience of their current users and dissuade from moving to competing platforms. Although we will not know the full extent of the changes to their user experience until it rolls out to all users, it seems as though Facebook is poised to benefit from updating their decade-old design. 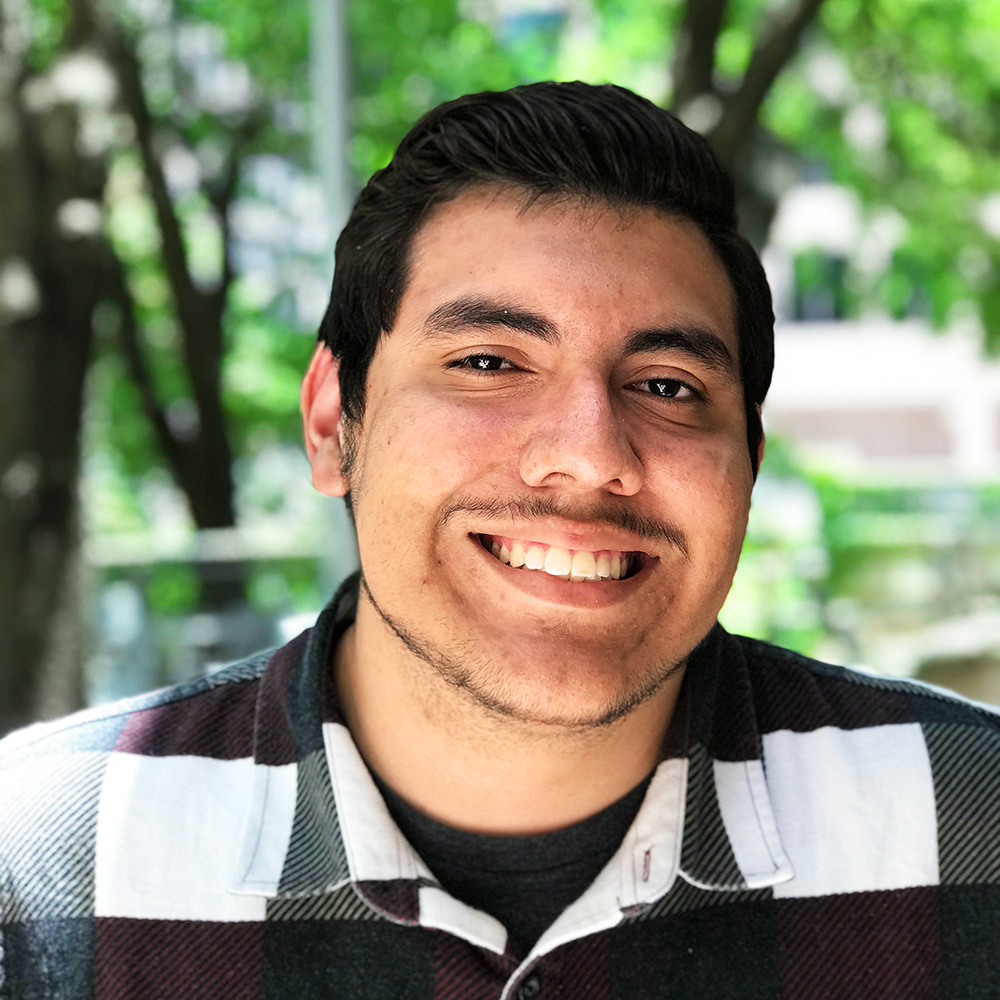 As a member of the Software Development team, Baraon works to create the turn-key technology that our SPS DGTL team utilizes everyday. He also has 4 years of experience in developing and improving websites. Baraon graduated with a Bachelor of Science in Computer Science from the University of Texas at San Antonio.

How To Crush Your Instagram Feed Fernanda Yee Soto Apr 15, 2019