Best in Class Series: QSRs With the Secret Sauce to Social Success

Best in Class Series: QSRs With the Secret Sauce to Social Success

By now we have all noticed that certain Quick Service brands have become iconic for their social media accounts. But what are these brands doing that merits this internet fame? And what is the point of a successful social account in the first place?  Social Media platforms have become a place of massive opportunities for QSRs, and it all boils down to delighting followers. Creating a unique and personal experience for your followers not only helps loyal customers keep coming back, but can entice new audiences to give your brand a try. Let’s take a look at the top players of in social media and what they use as their secret sauce.

Arby’s has carefully crafted their content over the last few years to reflect trends in gaming, television, movies and even anime. The focus on certain niche communities has proven to be successful.  The special attention to audiences that don’t typically get recognized by mainstream media has created a fanatic following and posts that receive massive amounts of engagement. 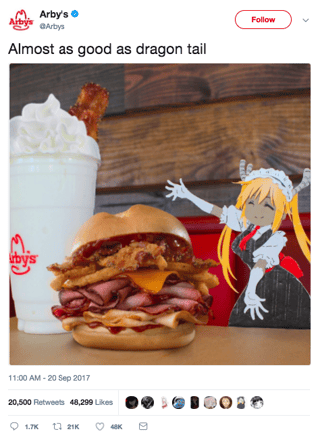 They have taken a popular theme from the anime Kobayashi-San Chi No Maid Dragon. While some of us may not immediately know this reference, those who do flock to posts like this with extreme support. Notice both the likes and retweets are over 20,000. The fanatic nature of the people in these “fandoms” works in Arby’s favor. When they get excited about something, they get VERY excited.

Additionally, Arby’s continues to take advantage of these references by engaging with followers that are commenting on their posts.

By recognizing followers individually and connecting with them over an interest, you are much more likely to gain customer loyalty. Arby’s strategic audience choice, careful research and active engagement has cultivated a thriving digital community.

When it comes to brand voice, Wendys certainly has a strong grasp on its identity. Over the past few years, the brand has carved itself out as the leader in sassy internet personalities. When Amy Brown joined the social media team in 2015, the brands twitter established a voice that has been heard globally. The witty clap backs that have made the brand famous have brought rise to countless opportunities on social.

At the beginning of the year, Wendy’s celebrated #nationalroastday on Twitter. The brand took requests from online fans to “roast” them (basically just insult them) resulting in massive customer engagement. They didn’t fail to deliver on their promise and we gained some gems such as:

As you can see, Wendy’s used this engagement opportunity to connect with followers using references to pop culture trends. Love it or hate it, the sassy humor that defines Wendy's presence on social media gains traction. It may not be the best fit for every business, however, we can all take notes on how to craft a brand voice.

While many nationwide QSR’s have been in the spotlight for quite a while, there are many regional chains that have begun to beef up their social strategy. One of these rising stars is Whataburger. The southern burger chain has recently shown a savvy for how both content and engagement can work in their favor. The brand has taken to Twitter, and while “meme expert” may sound silly at first, Whataburger is on the ball with internet trends. It is obvious their content team understands the culture of their audience. They are able to take popular memes and other cultural references and turn them into branded content that fans respond to.

Whataburger also seems to understand the importance of earned media. They take strategic opportunities to interact with public figures, earning themselves a place in the spotlight. For example, when Jacksonville native and new Dallas Cowboy rookie Randy Gregory said in an interview that he has been beefing up for the season with Whataburger, his new Texas love. Whataburger quickly tweeted: 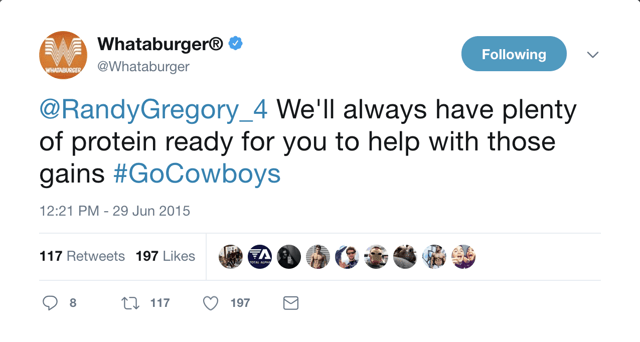 This interaction caused a Twitter storm of fan reactions and they were even featured in the San Antonio . Since this interaction, Whataburger's followers and engagement have grown immensely.

So What's the Secret Sauce?

Being relevant and present on social humanizes a brand. It tells your customers that you are just like them. The content you post shows that you like and dislike the exact same things as them. Engaging, however, tell them that you care. While both of these aspects should work together seamlessly, it is becoming more and more evident that the secret sauce for the top QSR’s on social is using engagement to their advantage. Social engagement is the best way gain earned media, provide customer care and support and ultimately connect with your audience on a personal level. All of these things help define your brand, delight customers and attract new ones. 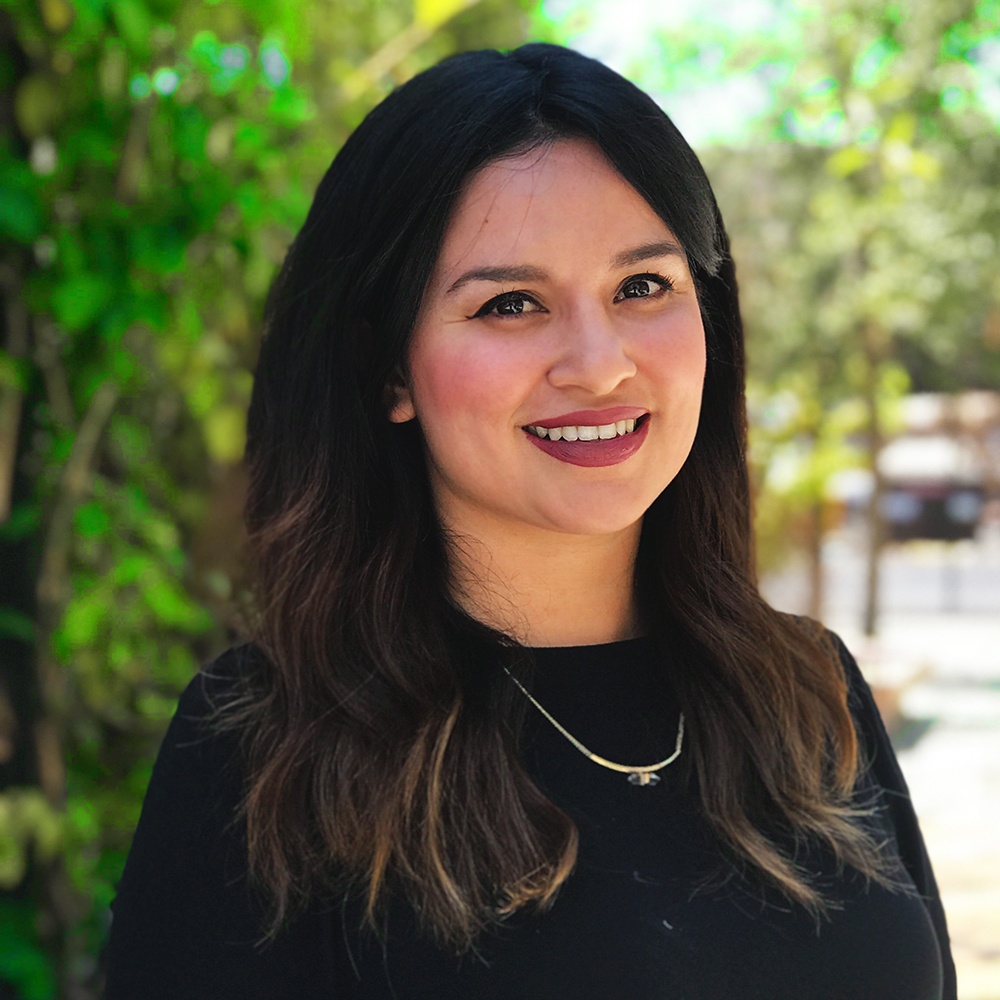 As our Associate Creative Director, Copy, Fernanda helps shape the voice and narrative of our clients' blogs, social media content, and ad campaigns. She’s always driven to find the perfect word, either in English or Spanish. She’s been working in radio, tv, media, and copywriting for 10 years. She graduated with a bachelor's degree in Communications from the Autonomous University of Baja California.

All You Need to Know About Outsourcing Customer Service Francisco Martinez May 6, 2019