Without further ado, here are 2018’s most significant changes for social media:

For this social media platform, 2018 was the year of redemption. In the aftermath of security issues that affected almost 50 million accounts, Facebook focused on transparency and ethical use of data. Changes for the popular social media platform that effect your company includes:

Alternatively called personalized content, ads were previously based on collected data such as location, web searches or web history. Dynamic creative ads are delivered based on customer behavior. Delivered content is now based on likes and dislikes which provide real-time personalized content ensuring your audience is served with high-perforce creative combinations to promote brand awareness, reach, traffic, lead generations and ultimately conversions.

A year after its launch, Facebook stories added polls as a new way for brands to increase engagement. Polls serve as an excellent conversation starter. Engagement in the combination of stories and polls greatly increases the likeliness of a conversion, if users are involved in both feed and stories, you’ve struck gold!

Facebook for businesses changed the way users interact with brands by eliminating star reviews to encourage customers to leave constructive feedback. The new algorithm assigns a page score determined by the review content and quantity of recommendations. Because many companies rely on reviews, Facebook increased transparency and accessibility of these comments for page owners.

Instagram is focused on anticipating user needs and keeping their total number of monthly users, in excess of 800 million, on the rise. Noting that 80% of users follow at least one brand on this platform, it is clear that changes were intended to stimulate interaction between the various brands and users.

Optimized for mobile usage, this non-stop playing vertical video tool is focused on content creation of videos up to one hour in length. Built directly to compete with YouTube, users swipe through a variety of recommended, popular and curated videos.

With over 300 million users on a daily basis, Instagram stories made significant changes this year to increase user engagement. By adding music, polls, Q&A’s, and regram to stories, this app offers brands an opportunity to interact and gain insights directly from their customers. InstaStories allows brands to use links to increase sales, generate leads and gain traffic. Swipe up and tagging features to give users instant access to promoted products.

One of Instagram's most exciting updates was the release of Nametags. The ability of users to quickly scan and share their Instagram account while making face-to-face connections makes social media easier than ever.

About 90 million Instagram users each month tap on a shopping post. In order to simplify the user experience, this popular app now allows businesses to add product tags with links to stories, posts and ad carousels. 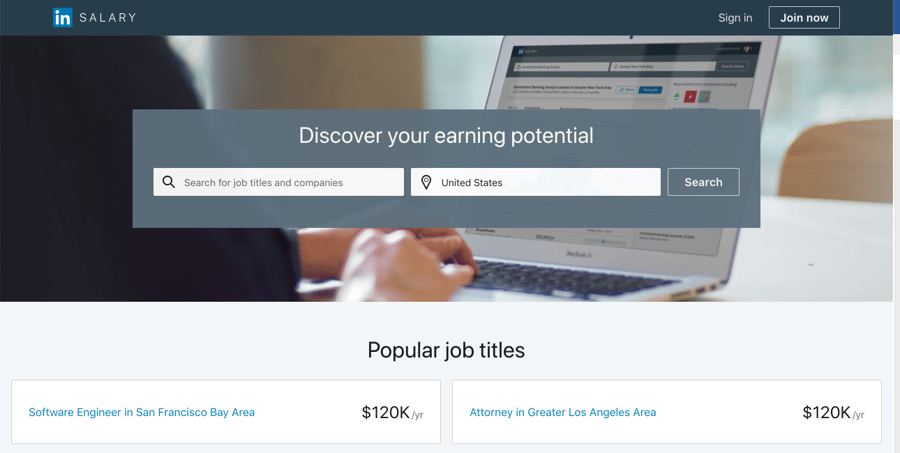 With 562 million users worldwide, LinkedIn has remained the professional network site per user preference. This year the popular platform made some tweaks and enhancements to its user experience.

In 2016 LinkedIn introduced salary insights categorized by job title and location. A significant change introduced this year includes a feature that will show compensation details based on employer-provided data and data contributed by its 546+ million users.

To improve engagement and create deeper connections, “users can now instantly view translations of content on the site when it appears in a language that is not the one set as a default; and they can now use QR codes to swap contact details with other LinkedIn members quickly.”

Very similar to Facebook’s carousel ad format, this Ad format includes the option to add multiple cards for users to click through. The purpose of this format is to improve marketers data access through clicks from the overall post and each card.

As a way to simplify the communication within the professional community, LinkedIn added the ability to record and send messages to first degree connections to LinkedIn messaging service.

The most controversial redesign of the year, Snapchat dropped its dedicated stories page, and mixed ads and user content in a single algorithmically sorted feed, these interface changes were not well received by users, and many even stopped using the app. Although the company was reluctant to make changes after user backlash, small tweaks have been made to improve user experience with this app.

According to Snapchat, “Over 90% of users opt-in to share their location, and they interact with Snapchat approximately 25 times a day.” With this in mind, the popular social media company created Footprints to allow companies to track and collect the locations of Snapchat users, identify businesses they visit and forecast habits per day of the week.

To maintain relevancy among the younger audiences, Snapchat launched a desktop extension that will enable users to apply Snapchat lenses during broadcasts from their desktop cameras to Skype, YouTube, Google Hangouts and more. For advertisers, this could be an opportunity to develop playful and memorable experiences to drive user engagement and raise brand awareness through the development of lenses available for Snap Camera.

Over the years Twitter has proven to be a successful social media marketing platform. With an impressive 500 million tweets sent per day and of 330 million monthly users, Twitter has a valuable reach and relevancy. Let’s review the updates from 2018 that helped this platform remain relevant and competitive:

Used to highlight particular events, the Moments section on Twitter allows users to stay updated on current events without following news outlets. This year select publishers were given opportunity to sponsor Moments. This feature gives the advertiser an opportunity to add branded content to a moment and add their own tweets to the Moment’s round-up.

Although Twitter is capable of hosting images, many picture previews cut off the essential parts of the photos. This year Twitter developed a system to identify the main focal point of a picture and preview the part of the image users most likely want to see.

To prevent bots from using third-party apps to spread spam, Twitter changed their rules for developers that use API with multiple users:

After two years of phasing out chronological timeline, Twitter decided to bring it back allowing users to turn off the “Show the best Tweets first” setting so that tweets from people, places and organizations that a user follows are prioritized.

With more than 1.5 billion users each month, the most popular chat app had significant changes. Besides changing the interaction between customers and businesses, the Facebook-owned company also radically transformed how users interact with friends and family, here are this year updates:

Users from all over the world spend 2 billion minutes per day on calls over WhatsApp. In July, WhatsApp added group calls to further increase their market share. As part of their commitment to maintaining user’s privacy, this chat service announced: "Group calls are always end-to-end encrypted, and we've designed calling to work reliably around the world in different network conditions.”

This year marked a new era for businesses and WhatsApp. Although the WhatsApp Business App is only available on Android, this is a big opportunity for brands to stay connected to their audiences more directly. This customer support tool will allow users to:

WhatsApp Business provides users priority access to businesses by allowing users to receive information as needed and to provide their number to companies for direct contact. To protect customers from spammy messages, WhatsApp will charge businesses to send specific messages.

As the company states “Groups have been an important part of the WhatsApp experience, whether it's family members connecting across the globe or childhood friends staying in touch over the years.” This valuable connection tool is utilized in many social life scopes such as academic and community assistance to name a few. Significant changes for WhatsApp groups for 2018 include: 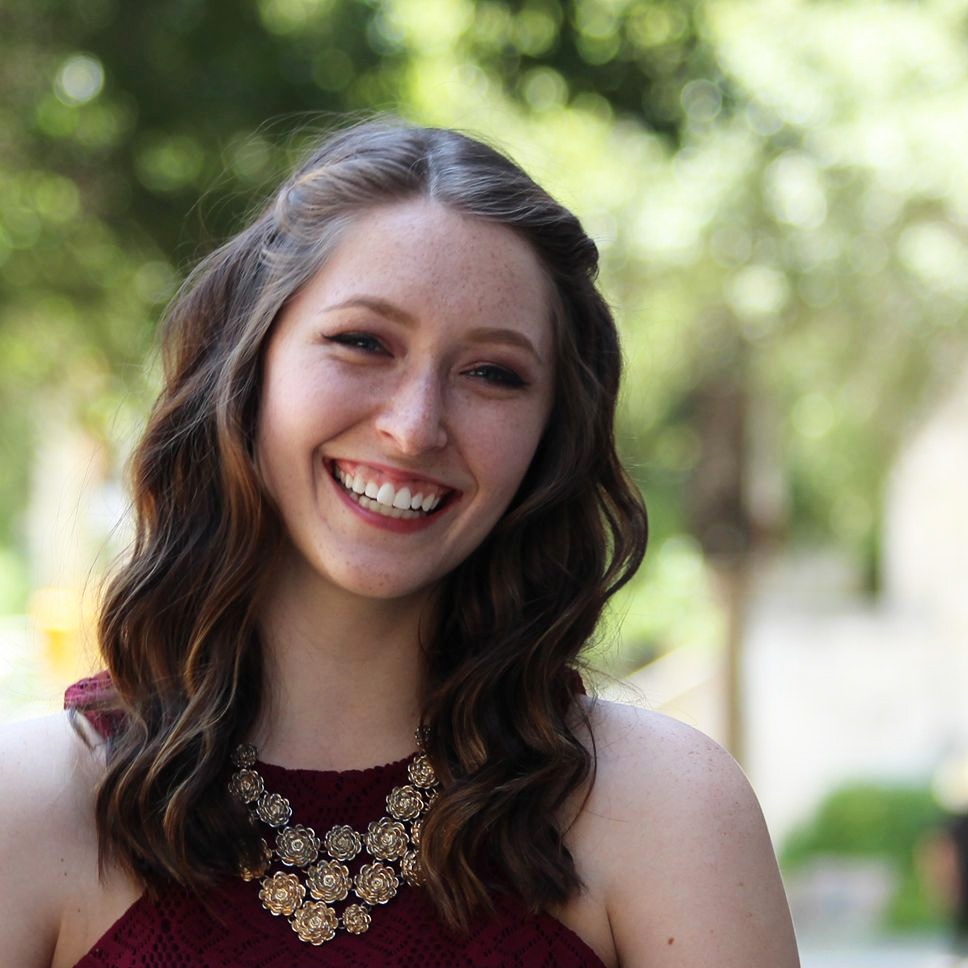 As our Project Manager, Alyssa ensures that every client project runs smoothly while researching fresh, informative, and appealing content to make sure our clients stay on the cutting edge. She’s been actively using social media for the last 9 years which makes her our go-to source for social media news. She’s currently pursuing a degree in Psychology with a minor in Management at the University of the Incarnate Word.